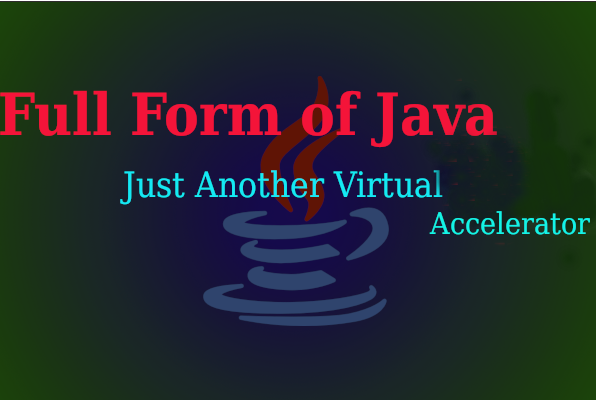 The term Java usually referred to the “Just Another Virtual Accelerator”. Java does not have any full form. The name Java is used as a slang for a breed of coffee. The Java language is originally developed by James Gosling at Sun Micro system Inc in 1995. much of Java syntax is derived from most of the popular programming languages C and C++. As we have discussed in the Java Introduction section, Java programming language is now a subsidiary of Oracle Inc.

Java is quite similar to the C++ programming languages. It is considered that if you are good in C++ then probably you will not feel any difficulty in learning Java. Java was developed to overcome the drawbacks of C++. The main motive behind developing the Java programming language is to “write once and run anywhere”. It supports all the operating systems such as Microsoft Windows, mac OS, Unix based operating systems.

How Java got its Name?

It is said that Java developers were drinking coffee when they were discussing about this project. So, they named it as Java. It was originally named as OAK, because the OAK was the trademark of the company (OAK Technologies) who owned it. There were many other proposals are available for its name. But, eventually, among all other proposals the Java name was selected.

In this article, we have discussed what is full form of Java and how Java got its name. Explore our Java and Java 8 tutorial for more Java related concepts.